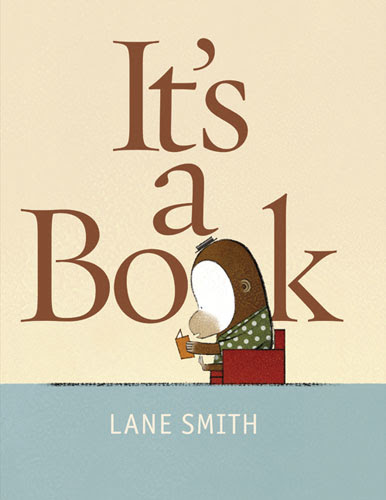 It's a Book by Lane Smith is a children's story at first glance. It's about a clueless creature who can't seem to figure out that a book can't text, scroll, or need charging. A monkey tries to show him how to use it, with little success, until he finally sits down and reads it for several hours. Even then, he doesn't quite understand.

This is probably my favorite younger book, though the ending isn't one most parents would want their 6-year old to read. When the monkey loses his patience is my favorite part, though I'm not giving anything away. You'll have to read it yourself to find out.
Posted by Kharru at 3:00 PM 3 comments:

Email ThisBlogThis!Share to TwitterShare to FacebookShare to Pinterest
Labels: its book lane smith

We Are Not Eaten By Yaks-240 pages 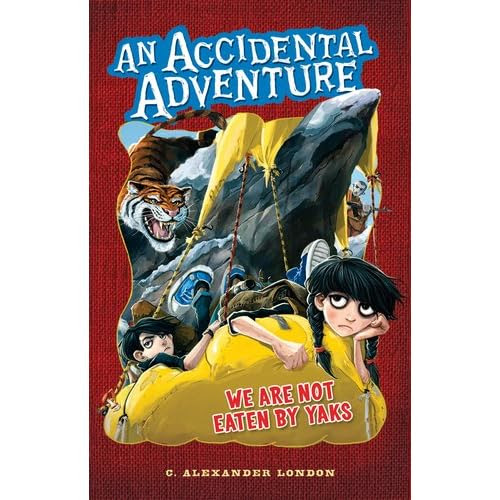 We Are Not Eaten By Yaks by C. Alexander London is about a T.V. obsessed pair of twins who live on the 4th and a half floor of the Explorer's Club on Number Seven East Seventy-Fourth Street. Oliver and Celia Navel are the children of two explorers, and could hardly be more different from them. While their mother is missing on an adventure for a lost library, their father takes the twins on wild explorations, which usually leads to missed shows and bites from strange creatures. This story is a great YA adventure, full of vivid descriptions, angry old men, and a journey across the world.

I liked this story because, while easy enough for younger readers to understand, it captures the attention of older people as well. London paints a bright picture of the world in a new way, including talking yaks, vengeful elderly explorers, and poisonous lizards. It isn't specified as a series, but the ending is left open for a second book, while at the same time closing in a way that doesn't leave readers confused as to what happens next. People of any age will enjoy this book, coming in February 2011.
Posted by Kharru at 9:36 AM 1 comment: